Signs to watch out for when dating Christian Singles online 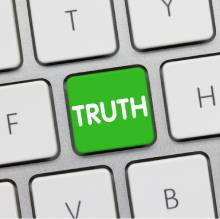 When you venture out and make connections with new people, you meet all kinds. Even though online dating is so accessible you most likely don't want to date everyone! So, how do you decide who to date, who to engage as a friend only, and from whom you should wave the red flag and leave them to it?

You often won’t know the answer until you’ve been around a person once or twice or arranged a few video dates! But you can learn a lot about potential dates before you ever go out with them.
Here are some traits to keep you safe online.

Just Too Good to be True

There’s an old saying: “If something seems too good to be true, it probably is.” People who seem to be too good to be true usually are. Make sure the people you date are the real thing: down to earth, genuine, transparent, honest, and truthful. People who let God into their lives and embrace his word generally admit to personal faults and try their best to be the best version of themselves and for others that they care about.

When you’re committed to putting God first in life and living out that commitment day by day, it’s a big mistake to move forward with someone who is not similarly committed. There’s just no reason to invest time in a romantic relationship with someone who has very different values from yours.

Worship of Me, Myself, and I

Someone who is totally enamored in themselves is not being true to themselves or God. This person is a taker, not a giver; self-centered rather than other-centered; and devoted to me, myself, and I. This person views everything that happens through the lens of personal needs and wants.
Conversation with a taker is virtually all one-sided... anything you say will most likely be a cue for turning the attention back to himself or herself.
In healthy relationships, both participants give and receive; neither one dominates or tries to monopolise the attention and energy. If people devalue or ignore your contribution, they are saying you’re only there to serve them.